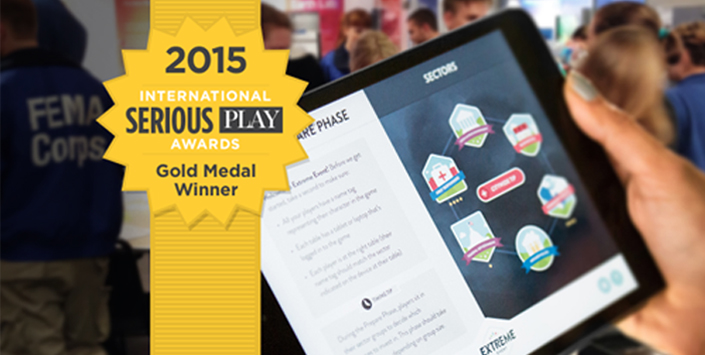 Anne developed the content for this role-playing game about disaster resilience for the Koshland Science Museum. It won a Gold Medal in the International Serious Play Awards when it was first released in 2015. The game is now in its third edition and has been played by community groups and schools around the world.

The game is designed to give participants a taste of what it takes to build community resilience in the face of disaster. Players work together to make decisions and solve problems during an engaging, fast-paced disaster simulation.

The project was a collaboration between the Koshland Science Museum, the Resilience Roundtable of the National Academies, Intuitive Company and S2N Media. Anne served as lead content developer and created the gameplay mechanics, storyline, characters, card deck, game boards and other supporting material. She also consulted on the design and development of the game’s digital version and print collateral, created the content for the game’s website, and led the game’s marketing and dissemination effort.

Anne also led development of a classroom unit on disaster resilience, the Extreme Event Webquest. The webquest offers a modular set of materials teachers can easily adapt for students in middle school through college.

Instructional video: “How to Create Your Own Game Materials” (created and narrated by Anne).

Recorded webinar: “How to Host Your Own Extreme Event Game” (created and hosted by Anne).